A somnambul exploration of the district Silberhöhe in Halle/Saxony-Anhalt, Germany. Through fictitious, stylized, abstract and stringently framed  pictures the video installation create a different image of the almost forgotten skyscraper district.

The installation should work as an expansion of the experimental short “remote city”, its form changes due to the space (within its historical, architectonical, social and cultural context). At the same time the real space becomes part of the cineastic space. So that the place in the filmed picture and the “real” space, where it is installed mutually interact with each other.

In this version, in the exhibition”außerplanmäßig 50 Jahre Halle-Neustadt”, the installation is spread over two rooms, that face each other. In one of the rooms, there is a wall-filling projection, where a girl walks through the district, while exploring the architecture and her surrounding,  she follows a man with a metal-detector.

In the second room there is a scaffolding, which one has to climb in order to see what is already heard in the whole installation: the process of destroying a building with a crane. Above the ceiling there is one projection and two TV-Screens. On the projection we see between images of destruction of the skyscrapers a young man walking in the tunnels underneath the buildings, We only see him from behind.
On the two TV-Screens one sees abstractly transformed rooms in a similar building and a performing being that has no identity, because it´s clothes hide the face. The performer seems to measure or explore the room in abstract movements. 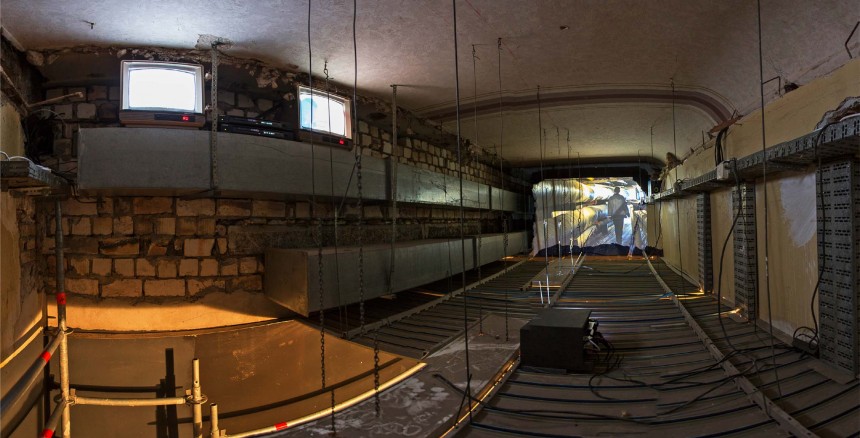 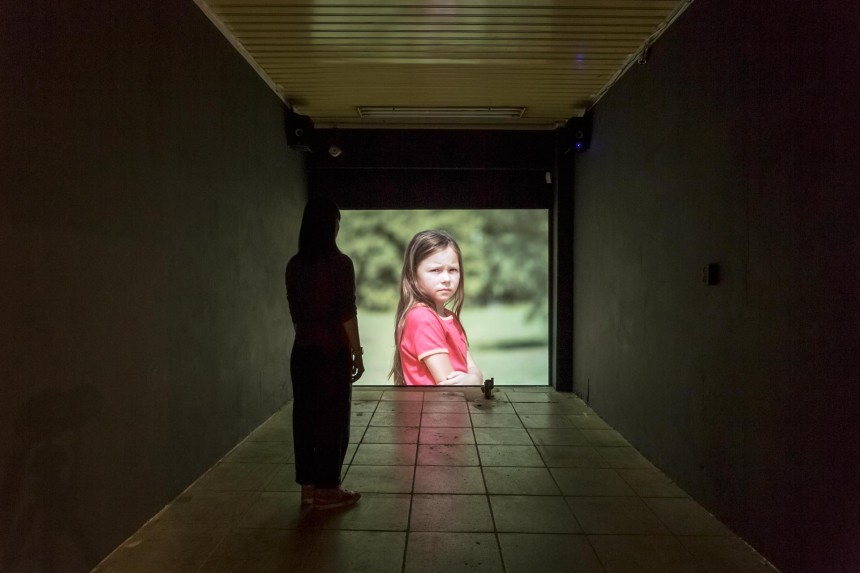 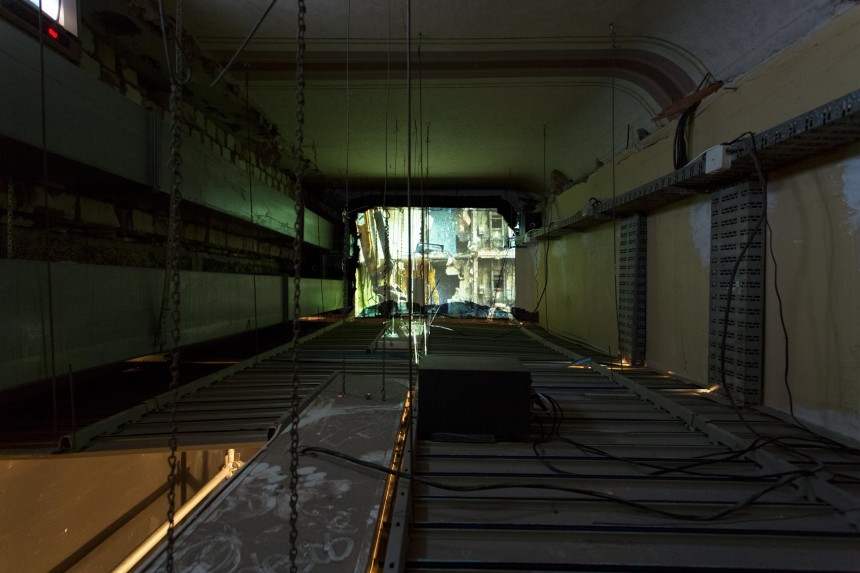 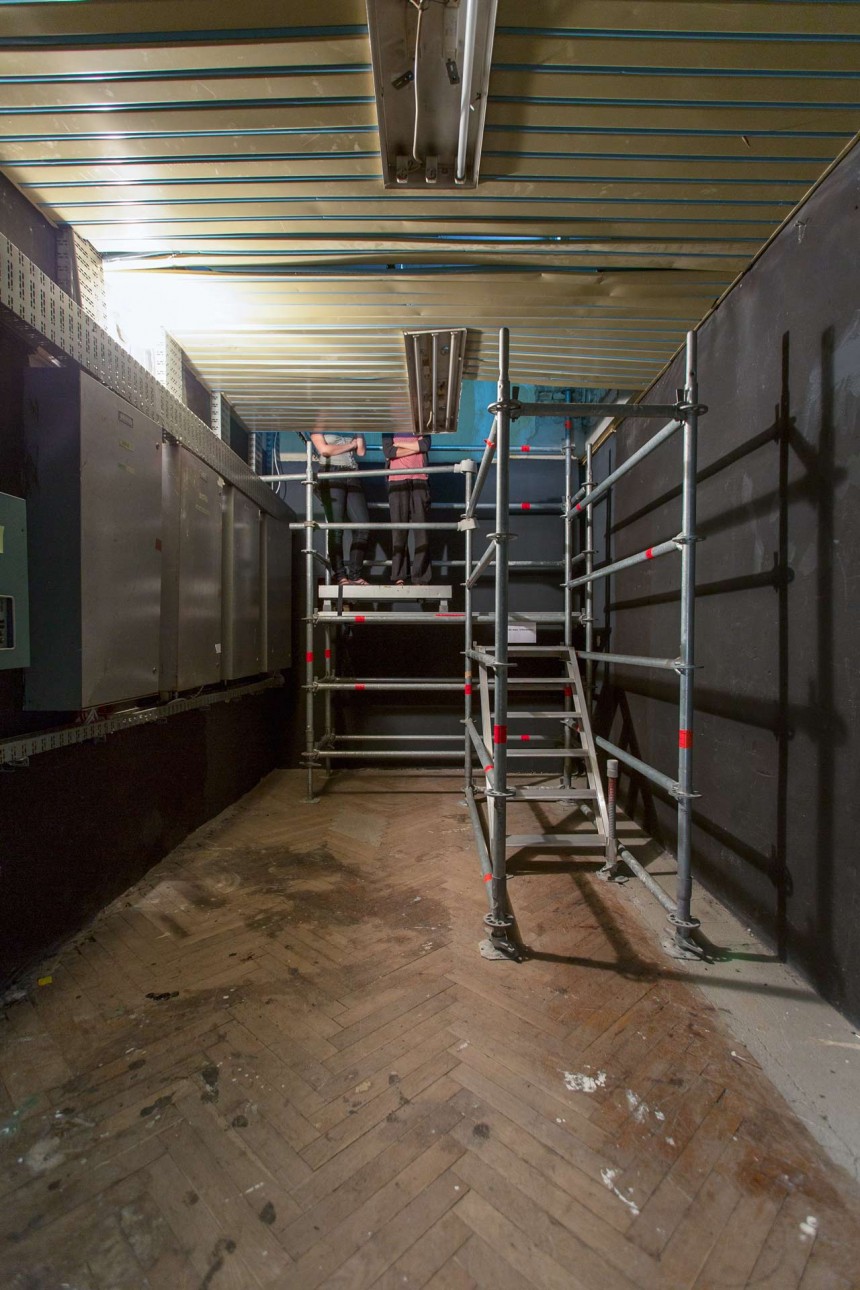